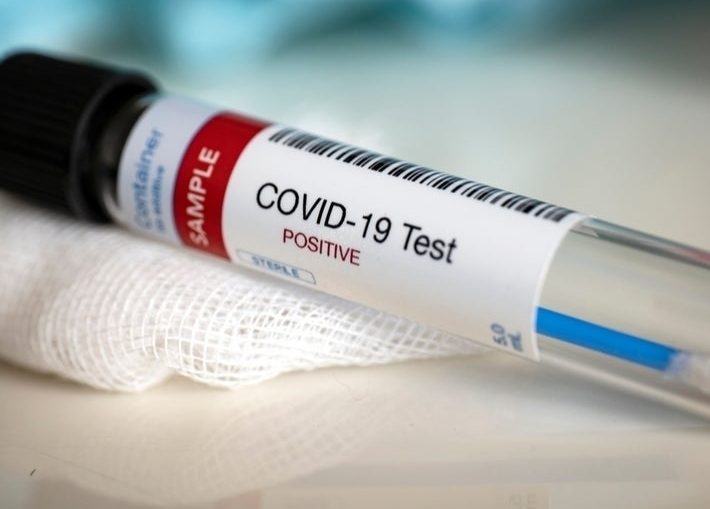 The latest deaths were reported in Seattle, Redmond, Bellevue and Seatac.

Including Thursday’s cases, King County has now seen a total of 7,645 lab-confirmed coronavirus cases and 534 total deaths. The virus continues to have wide-reaching affects across the county: 331,100 or more King County residents have filed for unemployment since the outbreak began in early March. Seattle police are reporting a jump of 16 percent more domestic violence calls compared to the same time last year. Mental health and abuse experts say that times of stress often lead to increases in home violence.

Statewide, Washington reported 7 new deaths and 146 new cases of the virus Thursday. The new numbers bring the total death toll to 1,044, and 19,117 patients infected with the virus. On average, 5.5 percent of people who are confirmed to have the virus are killed.

Don’t miss the latest coronavirus updates from health and government officials in Washington. Sign up for Patch news alerts and newsletters for what you need to know daily.

Catch up on the latest developments:

Considering how COVID-19 deaths are counted

Washington is investigating 3,000 recent deaths that may have been due to the coronavirus, but not included in any of their death toll counts. In a press teleconference Thursday, Department of Health experts explained that there have been ongoing challenges identify certain cases, which could have caused them to under count the true death toll.

All 3,000 cases under investigation happened in 2020 and involved symptoms similar to a case of COVID-19. The state says that doesn’t mean all the cases necessarily involved the coronavirus, so they’ll reexamine each death to see if they can provide a definitive link to the disease. Experts admit doing so long after the death can be a challenge.

“It’s going to be extremely hard to figure out if any of these were COVID-related,” said state health statistics manager Dr. Katie Hutchinson. “So we’re trying to work on that.”

Health officials are also looking at 100 other deaths that are listed as “probable” coronavirus-related deaths, but where the patients were not tested for the disease.

The investigation also works the other direction: after investigating several deaths earlier reported as coronavirus-related, officials determined around five deaths had not actually been due to the coronavirus, and removed them from the total death toll.

The state now says that Cowlitz, Grants and Pacific counties can apply to enter Phase 2 of Gov. Inslee’s Safe Start plan early. The three new counties means that a total of 25 counties across Washington can apply and be considered to enter the second phase early. 10 of those 25 already have: Asotin, Columbia, Garfield, Lincoln, Ferry, Pend Orielle, Skamania, Stevens, Wahkiakum, and Whitman counties.

To enter Phase 2, originally a county had to have a population under 75,000 and no new coronavirus cases for the past three weeks. Tuesday the state loosened the restrictions to be more in line with Centers for Disease Control Guidance: now to qualify a county must have fewer than 10 new coronavirus cases per 100,000 residents over two weeks.

Entering Phase 2 allows many industries to go back to work, but with some limitations and social distancing requirements. Returning businesses include restaurants, salons, retail stores and more. Restrictions on non-essential travel are also lifted to allow customers to travel to and from the reopened businesses, and a variety of guided outdoor recreational activities can return as well.

Counties that cannot apply for a variance to enter Phase 2 early are expected to all enter the second phase on June 1, though that date could change if there are any further outbreaks or complications.

The coronavirus continues to take its toll on the state economy. New data from Washington’s Employment Security Department shows 28 percent more people applied for unemployment benefits last week than they did before. The ESD now says a total of 1,670,580 unemployment claims have been filed in Washington, and that Washington lost as many as 527,000 jobs in April.

Breaking down the data by industry shows how some jobs are being hit harder than others. Unemployment claims from those in management positions went up 60 percent last week, claims from the business or financial operations sector also went up 55 percent. Conversely, after mass layoffs early on in restaurants there does seem to be a slight bounce-back in the service industry: food preparation and serving filings dropped five percent. Sales jobs also saw an 11 percent decrease in unemployment claims.

The news comes just one day after the ESP reported a record 15.4 percent unemployment rate for the month of April.

Hundreds of millions may be lost to unemployment fraud ring

Earlier, the department estimated around $1.6 million was stolen between March and April, but after discovering the fraud ring, they say the number could potentially be in the hundreds of millions.

Last week, the state Employment Security Department temporarily halted all payments to examine fraud protections after they found a rise in claims filed using stolen identities. Law enforcement is now working to reclaim as much of the money as possible, though it is still unclear exactly how much money was stolen.

To try to prevent further fraud, the ESD says that unemployment filers will see their payments delayed a few days this week while the state double checks all their paperwork. Going forward, unemployment applicants will also have to submit more documents when they apply to verify their identity.

Read more about the theft here.

Several health care workers across Washington have been harassed and threatened online as frustration over the coronavirus pandemic mounts, according to a new report from Crosscut.

Okanogan County Public Health’s Laurie Jones told the publication that her agency had asked a coronavirus patient to voluntarily enter isolation, but online that story warped way out of control: social media users started claiming Jones had threatened the patient, and ordered them into house arrest. Shortly after, Jones told Crosscut her home address had been posted online, along with comments about “going after her”.

Amplifying the online threats have been concerns that the state’s new contact tracing program is an invasion of privacy or some sort of sinister plot. The governor has tried to assure residents that minimal information is being collected by the program, and on Friday walked back mandatory contact tracing logs at businesses.

Despite the recent rash of threats Crosscut does note that it’s not all doom and gloom for these health care workers: polling suggests that the vast majority of people across Washington approve of the work health care providers have been doing to contain the virus.

View the daily summary of cases, review infections at long-term care facilities, or explore the virus’s impact by