You are here
Home > Sport News > ‘That’s what we’re about’: Why UW, WSU allowed spring 2020 seniors to write their own endings – Seattle Times 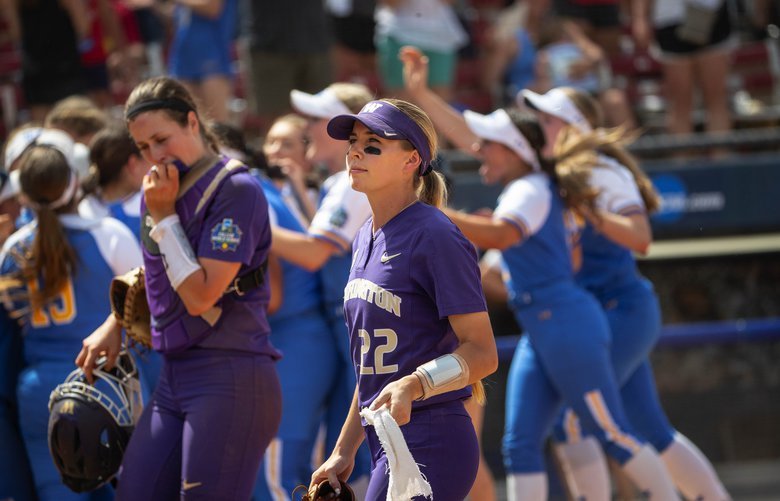 On March 12, the same day the No. 2 University of Washington softball team’s 2020 season was canceled because of coronavirus concerns, coach Heather Tarr took to Twitter to make an impassioned plea.

“Time to fight for our students’ opportunities. Not right now — let the curve flatten — but I’ll be damned if Sis Bates, Morganne Flores, Kaija Gibson and Taryn Atlee played their last softball game this past Sunday,” Tarr wrote, referencing UW’s four 2020 seniors. “This is not the end.”

And indeed, it wasn’t.

On March 30, the NCAA Division I council voted to allow an extra year of eligibility for all spring-sport athletes whose seasons were cut short by COVID-19. But each individual university must decide how much scholarship aid will (or won’t) be offered to returning spring seniors.

Most schools, including UW and WSU, have stated that all eligible spring 2020 seniors will be welcomed back to campus to complete their college careers. UW athletic director Jen Cohen said last week that 30 Husky student-athletes are currently expected to return. And, according to last week’s budget presentation to the Board of Regents, that will ultimately cost the university $700,000 in scholarship expenses and $350,000 in sport operating expenses (meals, travel, medical expenses, etc.).

As for Washington State, athletic director Pat Chun said that 17 Cougar student-athletes will be back and the price tag is estimated at just shy of $300,000. Both schools hope that fundraising campaigns will cover the costs of their extra set of seniors.

“Probably about 40% of our eligible student-athletes that could come back elected to come back,” Chun said. “You just feel terrible that they weren’t able to finish their senior years as they were hoping to do. There’s a portion of them that have graduated and are moving on and are starting jobs or grad school or the next phase of their careers, and there’s a segment of them that has some unfinished business that they wanted to take care of here and had an academic reason to come back.

“So we’re thankful for the ones that have elected to come back, and we’ll figure out a way to make sure we provide that opportunity.”

Which is where this all gets interesting. Because the University of Wisconsin announced last month that it will not allow its 2020 spring seniors to return, citing “a time of unprecedented uncertainty in college athletics.”

“What we tried to do was encourage our seniors to go ahead and, if you’re going to graduate, graduate and move on with your life,” said Barry Alvarez, Wisconsin’s athletic director and former longtime football coach, in his monthly radio show. “We appreciate everything that you’ve done. But move forward. The future is in question, and we can’t promise you anything.”

Cohen called it a “big financial decision.” But it was also an easy one to make.

“From an economic standpoint, when you look at where we are right now, I understand why some schools are (allowing 2020 spring seniors to return). I understand why some schools didn’t think it was the right thing to do,” Cohen said. “For us, it really was a no-brainer in that, one, everybody focuses so much on the economics of what we spend on our students and we don’t talk enough about what they give us. Our student-athletes do so much for this university and this community and this athletics department, and they’ve done their part.

“A lot of those kids, some are going to get to come back and get graduate degrees, but this perception that all these student-athletes are on full rides, a lot of these student-athletes in these sports are on partial scholarships. They’re committing money too to the university. They’re committing that they want to take another year of their life and give it back to this university.

“So, for us, that’s what we’re about. We’re about that partnership with our student-athletes. We’re about seeing them grow and develop and become the very best they can be. So short term, was it the best business decision? Maybe not. But long term it stands for everything that we’re about. So I can’t wait to see those rowers back on the water and those women on the softball field and baseball and tennis.”

So it’s not the end for Sis Bates, a two-time Pac-12 Defensive Player of the Year and 2019 first-team All-American. It’s not the end for Morganne Flores, a soon-to-be sixth-year senior who is tied for the program record with nine postseason homers. It’s not the end for Gibson and Atlee, either. All four are expected to return to a team that was 23-2 when its 2020 season was unceremoniously canceled.

It’s the end of this story, but certainly not theirs.